7 Surprise Military Homecomings That Will Melt Your Heart 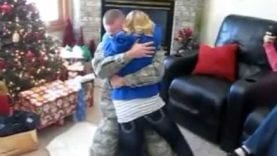 My husband is a soldier in the IDF Air Force, and was deployed from Israel to America to learn the new F35 Fighter Jet Plane. He spent two months training at Eglin Air Force Base. I was 6 months pregnant when he left and we will soon have a newborn baby girl! It has been the hardest year for us yet, but we are hopeful that the coming year will be the best year ever. Rafael is three years old, and he was shocked to see that his dad actually came home. What a sweet surprise! He didn’t think his daddy was ever going to come back. He has been talking about his dad being a soldier and how he is at base in America, since Hadar has left. There is nothing better than seeing your dad for the first time after a deployment. We hope this video makes you smile and laugh with happiness! It did for us! Please share this video with your friends on social media. Take care!
Best Military Homecoming Surprise Ever! 3 Year Old Can’t Believe Daddy is Home!
YESTERDAY’S VIDEO:
Our everyday life in Israel! Hadar, Andrea, baby Rafael & Kitty.
FoolyLiving Vlog from the beginning!:
Andrea’s Vlog Camera:
Hadar’s Vlogging Camera:
Underwater Vlog Camera:

MAILING ADDRESS:
Andrea Lunsford
Yehuda 75/38
Arad, Israel
8901600
—————————————————————————————
Andrea’s Channel:
FoolyLiving FB:
Andrea’s FB:
#FoolyLiving:
Instagram: FoolyLiving
Plane Ticket Donation:
iHerb Coupon Code!:
Royalty-Free Music by Kevin MacLeod: incompetech.com
—————————————————————————————
Andrea used to live in Florida, until she met Hadar on World of Warcraft in 2006. In 2009, Hadar met Andrea in real life, in Israel. They were married April 13, 2010 in the states. Andrea moved to Israel in July of that same year and has been there ever since. Baby Rafael was born November 14, 2012. They film their life every day to show Andrea’s family members back in FL. Andrea is on a mission to lose the baby weight, which is over 100 pounds. Hadar is a soldier in the Air Force in Israel. They currently live in military housing in Eilat, Israel. They are fun loving and happy most of the time. Not every day is good, but this is their reality!

About our baby boy: Rafael was diagnosed with OCD and High Functioning Autism, also known as Aspergers, at three years old. His interests right now are cars and trucks, and he loves all toys, but especially cars and trucks! He could literally play with these toys all day long. His bedroom is a car and truck theme. Maybe one day he will have his own toy review channel!

Vlogging Cameras We’ve Used in the Past:

LEAVE US A COMMENT TO LET US KNOW YOU WERE HERE! We want to hear from you! I don’t want to tell you what to do or anything, but have a FoolyLiving day!

Fooly Living, Fooly Cooked, and Ineedmorelives are our channels. Check them out and Subscribe! We are daily vloggers and make videos every single day! 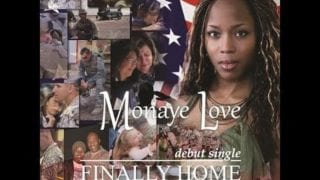